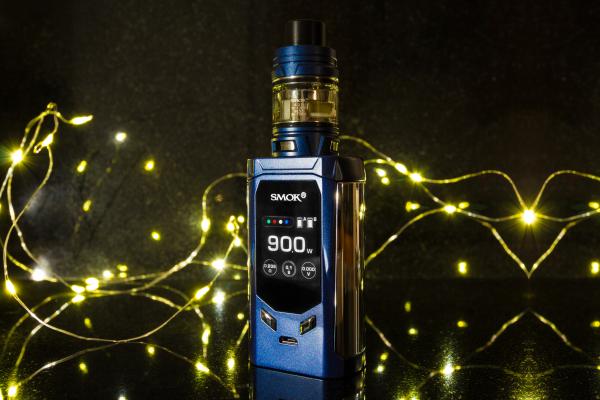 In the advent of rebuildables and high wattage sub-ohm mechanical devices taking massive leaps forward in terms of design and functionality, many well known companies who produce more common kits and mods have also begun to take these advancements and incorporate them into their offerings.

This logical approach to bettering many already existing line-ups in an effort to rival, if not attempt to match these top-shelf offerings, whilst at the same time presenting a viable all-round alternative at a budget price point has become somewhat a game of constant checkmate rather than one of playing constant catch-up as of late.

Most household names in the vaping world are now pushing slowly towards devices and units that are derivative and void of the plethora of functions and features that are considered by many to be flashy, convoluted and almost certainly, in some cases, constantly overused.

Take Smok as a prime example. Based in Shenzhen’s Nanshan district and founded in 2010, Smok quickly rose to mass prominence and became widely regarded as cornerstone of vaping innovation during the early to mid 2010’s, delivering products that were until then considered to be ahead of their time and by all means groundbreaking.

Their efforts and strife for acclaim saw them craft one of the world’s first triple coil, 810 bored tanks with 2-stage adjustable airflow in the TFV4. They were also one of the first manufacturers out of the gate to launch the devices that went on to mould and shape the fundamental blueprints for the products that we see today, whilst at the same time becoming a common hallmark of vaping culture.

Yet unfortunately, as we now know in hindsight, most of these pioneering visions became victims of Smok’s own eagerness and drive for success. In turn, these overly enthusiastic attempts failed to deliver just what the Chinese dragon’s legacy should have become. Simply put, Smok’s products were just not ready for market and suffered as a consequence of such rapid leaps forward in such a short succession of time.

There were a myriad of well know issues such as design, quality, and usability that slipped the net. This slowly and inevitably led a lot of vapers to begin straying away from the once cutting-edge giant’s product lines and shack up with the likes of newer, up-and-coming Pacific manufacturers that could offer a cheaper, more polished alternative. People began to move on as Smok’s once bold vision began to drift and lose focus…

Fast-forward to present day: Vaping has become a haven for quality, technological wizardry and near flawless function over novelties and niche features. A growing number of well-regarded manufacturers have begun to take a more “back-to-basics” approach with their newer product ranges, offering a basic function device with all the beauty, sleek design choices and performance that we have all come to expect as a benchmark without all of the overly cumbersome bolt-on tricks and trimmings.

New pure wattage mods and kits seem to be one of the handful of ways in which many mainstay companies are now beginning to turn the tide on this concept by putting it into practice. By eliminating and stripping out all of the clumsy to navigate, confusing and sparsely capitalised upon features that most big name devices have incorporated over the last few years from the equation.

Whether it be TC, resistance locks, custom curvatures, wire selection or an overly complex archive of rarely used or accessed menus, designers have managed to downsize form factor significantly with less-cumbersome chipsets that provide a greater performance scope and provide a lot more focus on core usage.

This progress and trend has proved to be in essence, the long awaited awakening of the once proud king of innovation. The Smok of yesteryear, offering clunky ergonomics and lackluster design has long since departed. Replaced in a flash by the Smok of today which resides firmly unparalleled in it's new mission to impress and push for greater presence through constantly growing performance, evidently refocused mindset and ever changing evolution.

The new Smok R-Kiss kit is a prime example of this ethos. The time honoured traditions of using the same-old-same-old, status quo kanthal coils and rugged, overly lenient construction on their devices has vanished. The mundane is no longer mundane. Smok are back in a state of maximum concentration and oversight, and this time they are here to smash the ball out of the park with an impressively thunderous roar! 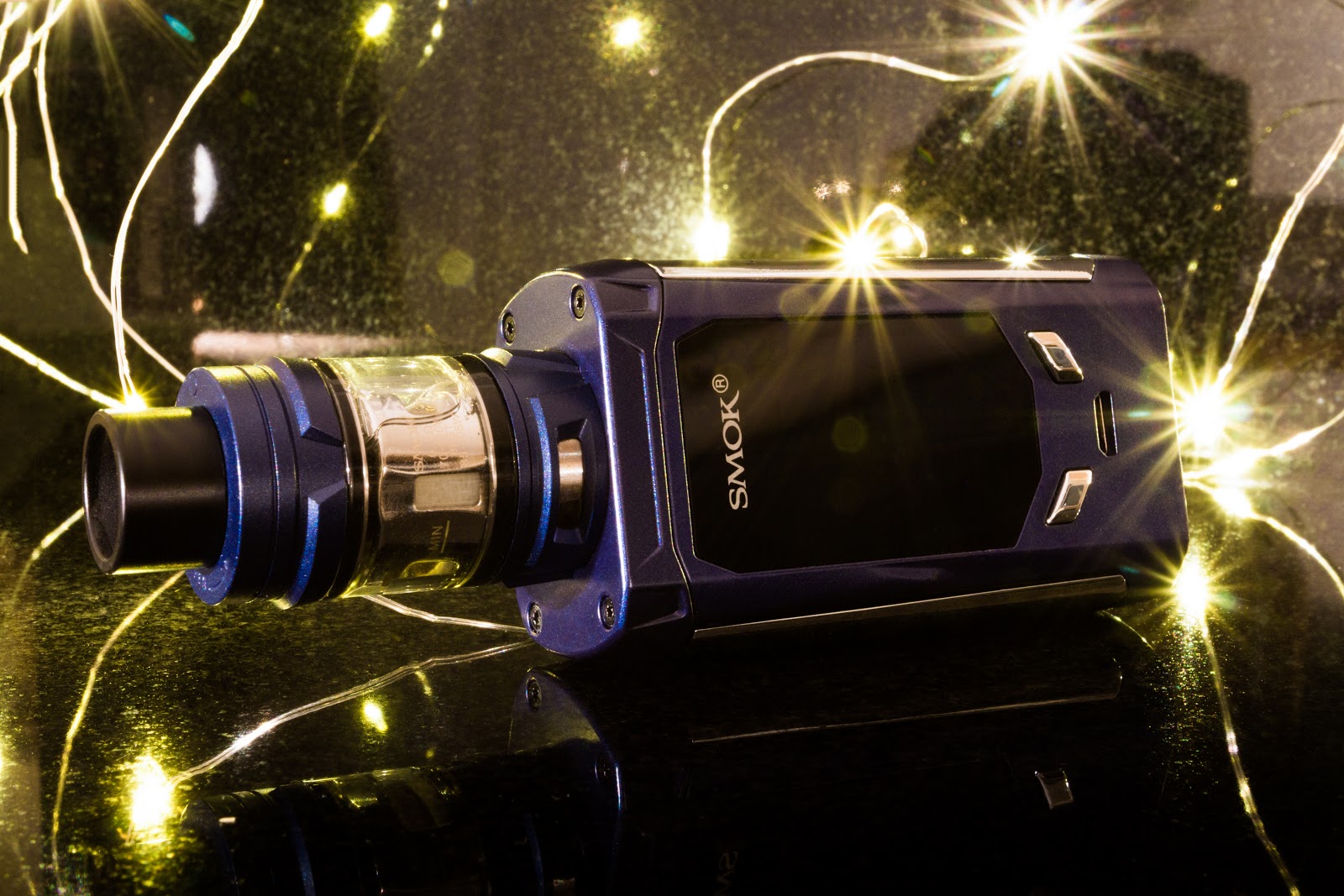 Kit Overview & Design
Straight out of the box, this kit hits me as something I have not seen from a Smok mod in quite a long time.The short form factor and small footprint of Smok’s trademark obelisk-esue looking device body instantly made me realise that this is something different. Whilst frantically attempting to comprehend how two 18650 cells could possibly fit inside, it quickly dawned on me that this was a far cry from Smok’s usual modus operandi, they have scaled back to bare bones.

Packing a solid 1w - 200w pure wattage only chipset into it’s stunning overly slender frame, a responsive and snappy chrome effect fire bar coupled with a decent spring loaded 510 connector to boot, the R-Kiss has gone back to the drawing board in terms of exceptional power and limited but purposeful usage. As somebody who runs wattage only myself  (as I briefly mentioned in my Drag 2 Kit review last week), I find myself ambitious and eager to see just how Smok have managed put together a wattage only device on such a compact scale without sacrificing the style and pizzazz of their recent and earlier offerings. Especially where the UI and screen layout is concerned. 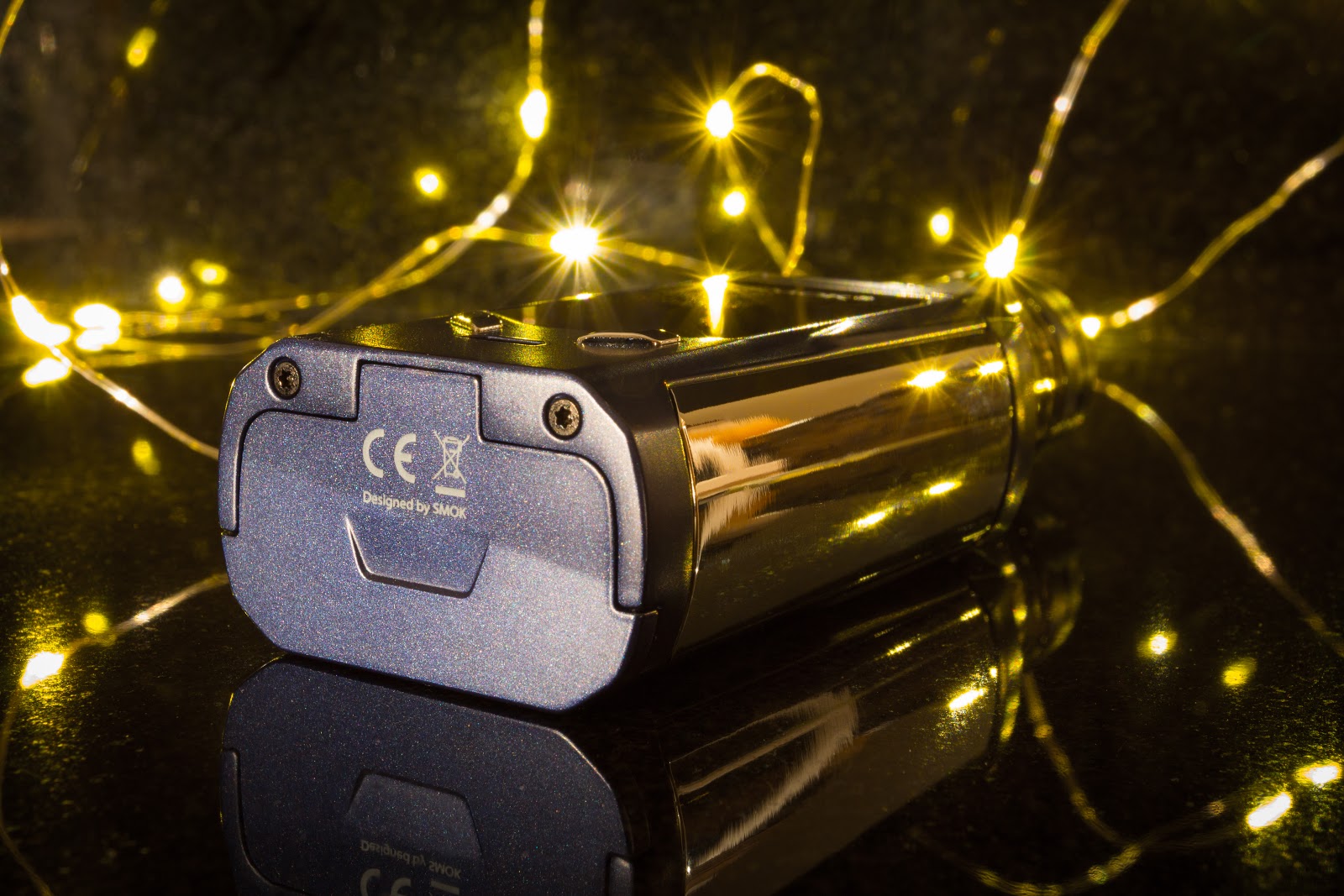 This thing surely does impress. I am quite taken aback by just how simple, intuitive and ostentatious the layout of the screen and controls are. Upon start up after the initial splash screen, you are greeted with an extremely clean and refined menu. No TC settings, no fiddly powercurve menus, no endless scrolling. It is simply one striking screen that displays only your essential need-to-know information.


What a refreshing change. This simplistic approach to such a powerful, punchy device is something I have been wanting hardware designers to focus on for quite some time. There is nothing worse than having to scratch around with a mod trying to jump through mode after mode to get to a wattage setting. It’s as streamlined and straight forward as can be: Turn on, crank up the power and vape.

In a somewhat of a tongue-in-cheek move, Smok humorously state on their own website that the R-Kiss’ name is in fact an acronym for the motto “Keeping it simple and stupid”. Ironically, one thing this kit has under it’s shiny lean belt is basic simplicity at it’s heart, but one thing it certainly is not is stupid.

Sitting atop of the R-Kiss comes a rehash of the now staplemark in the TFV crown, the TFV8 Baby V2 tank. Now, I know what you’re thinking… “It’s just the same tank with a different name and usually the first thing I replace with **Insert Favourite Mesh Tank Here**”, in which case you would be 50% right upon thinking. But surprisingly in a slightly satisfying twist of fate, you would also at the same time be very wrong in making such an assumption.

Smok have been silently working hard behind the scenes to develop a new range of mesh coils for the TFV8 Baby. Starting with the Mini V2 A1 (0.17Ω/90w-140w/single coil) followed by the Mini V2 A2 (0.2Ω/70w-120w/dual coil) which I am using for the purpose of this review, I am stunned to say is quite frankly phenomenal. At 20% airflow with the power output at 90w the flavour is on point and easily up there in terms of the mid and high note flavour reproduction of other popular mesh tanks.

Delivering a smooth, delicately rich flavour with subtle undertones, the new Mini V2 coils have returned Smok’s once flat flavour profile to it’s full glory. The A2 coils have a milled-out side window on each side of the coil casing, akin to Augvape’s new design whilst replicating flavour to an absolute tee. Whereas the A1 offer ludicrous airflow with limited flavour due to their incredibly wide bore and limited surface area coverage although with the airflow shut down over half way, this can be easily remedied.

One slight gripe I have encountered with countless Smok tanks in the past and has always been of issue resides in the design of the TFV tank door clasp design. And although a such a tiny infirmity may be a tad picky of me to point out for some, this awkward habit still rears it’s head with the TFV Baby V2. After testing, I found the tank’s swivel door to be slightly off kilter and required gripping closed with an overly firm grasp after opening. Personally, I would like to see Smok look towards building a whole series of new tanks next year and ditch the TFV ensemble all together. These brilliant V2 Mini coils deserve a brand new platform and feel somewhat hampered by the TFV housing’s ageing and outdated architecture.

With that being said, I am very happy to report that the kit working in tandem with the newly designed Mini V2 coils are an absolute dream to use. Marrying a no-nonsense device and such well produced coils should have always been a no-brainer for Smok to achieve if they ever saw fit, and I am more than happy to say that it has achieved this goal exceptionally well. Overall construction is also now in a different league to Smok’s predecessors, the ABS frame feels tough, rigid and almost certainly will sustain a knock or two on a hard surface if dropped. The buttons, trim, battery door and fire bar feel of a much higher standard than what Smok’s previous devices such as the Alien were carrying.

For myself, the screen is still the centrepiece of this device in my eyes. You can change the icon and font colors of the display by holding down either the wattage + or wattage - face buttons whilst using the other button to cycle through selections. We have been given a choice of a pale yellow, red, blue or white to choose from to match your personal preference as well as a USB update/charge port neatly tucked away on the front below the screen.

The Smok R-Kiss kit is a masterclass in how to make a simple, no hassle wattage only device that works right out of the box. It delivers fantastic flavour and cloud with it’s new mesh coil designs that are proving to be extremely durable and provide just the right amount of kick for the mid-range to high-end sub-ohm user.

At it's fixated core lies a truly wonderful device that is as accessible to a first time user as a grizzled cloud chucking veteran. Smok really have outdone themselves with the R-Kiss kit. They have proven to not only us “the vaper”, but to themselves that if they refocus and concentrate hard on a product whilst putting their collective minds and experience towards it’s development, then they can create something truly special and off the beaten path.

If you are in the market for a new sub-ohm kit and have £40-£50 in your back pocket to spare, the Smok R-Kiss kit may very well be just the ticket you need to vaping nirvana at a budget price point.