Should I get a Mech Mod 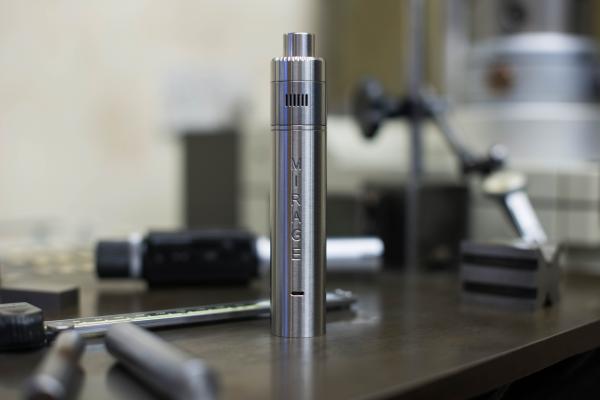 When we look at mods, we're finding ourselves asking a straightforward question - regulated or mech mod? As a topic, it involves a lot of debate in the community - people are always arguing about which is better and what is more useful to have. We're going to be examining one side of the argument in more detail here and now, and taking a look at the pros and cons of mech mods and how they can help you.

The Advantages of a Mech Mod

The mech mod is considered to be one of the more natural vaping tools and thus can be used in many different situations to great success. This popularity does mean that it has a lot of benefits which make it a handy tool.

One advantage is that it is quite a well-built and easy to work machine. There's no delicate software which makes it much more durable and long lasting. When you're looking for a mod which will give you the best lifespan, this is a good choice.

Furthermore, this is a profoundly simple device which doesn't take up masses of space with complicated menus and buttons. Some might argue that this makes it less of a sensible choice, but the overwhelming opinion is that this works in the mod's favour. There are no restrictions, at least not as much as you would have been with other devices, and it does make all the difference. Because of this simplicity as well, there isn't a lot which can go wrong or break, leading many people to have one as a backup and another for their main mod.

Are There Any Cons?

Sadly, there are a couple of cons which you need to take into consideration when you are working with this kind of mod. You have to appreciate that like any machine there is the potential to encounter drawbacks and problems.

First of all, there's no cutoff switch on the device. It becomes pretty easy to fry your system if you're not careful, so you've got to be engaged with the mod to use it without repercussions.

Second of all, there aren't safety features to protect from the risk of overheating and other issues, so you'll have to make sure that you are careful when the device is switched on and in use. This concern is considered to be one of the most significant when it comes to safety, so if you can overcome it, you'll have no problems.

All in all, there are both advantages and disadvantages to using this kind of machine. However, we believe that there's more good to come from this device than bad. The mech mod is one of the better mods out there and is well worth you taking the time to experiment with its many features. You'll need to make sure that you are careful, however, because the lack of conventional safety features can prove to be a problem for some. Despite this, it's still a good choice for anyone to consider.

We don't shout about our mech mod enough. The first Mech Mod manufactured in Sheffield!

The build deck has been designed for ease of use, with hardened Stainless Steel post screws and widened post holes for the greatest wire compatibility.

Watch a review of the Mirage Mech Mod at the following link.