Reports of US lung disease outbreak and links to vaping So what does it mean for the UK and our pragmatic approach in Sheffield? 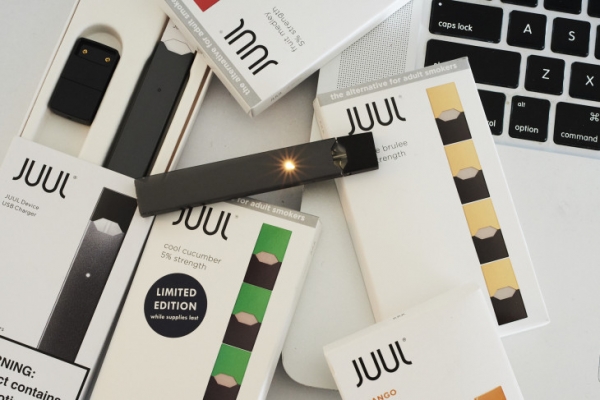 Following reports of an outbreak in the US of serious lung disease and recent deaths linked to vaping the US Centre Disease Control (CDC) have discouraged people from vaping and there are moves to ban them in various US states such as San Francisco. Countries across the world such as Australia have already followed this line. The debate on e-cigarettes for and against is at its height and has become even more polarising than before. So what should we make of the US position and what does it mean for the UK?

A full investigation is not yet available but early indications are that these cases in the US have been linked to people using illicit vaping fluid bought on the streets or homemade, with many containing cannabis products like THC or synthetic cannabinoids like Spice, and others i.e. Vitamin E acetate oil.

As of the 5th November, 2016 cases of e-cigarette, or vaping, product use associated lung injury (EVALI) have been reported to CDC. Forty Seven deaths have been confirmed (20th Nov). The outbreak appears to be largely among young men: 68% of patients are male and the average age is 24 and 77% were under the age of 35.

In line with the CDC/PHE recommendations we urge the public to not take the risk and avoid buying illicit products and combining them with other substances such as the above. Vaping products should only be sourced from reputable shops who are compliant with the TPD regulations See here for public information leaflets on e-cigs.

The CDC have stated that the outbreak does not appear to be associated with long term use of nicotine e-cigarettes, which have been used in the US for over 10 years. 9 million people vape in the US. The first case was reported at the end of March this year.

The UK has not, despite recent press reports, been hit by a similar epidemic: among a vaping population that stands at 3.6 million there are only two known cases of lipid pneumonia/lung injury.

And one recent case study, published in Archives of Disease in Childhood, (11 Nov 2019) reports that a 16 year old boy who has been taken ill with lung inflammation was linked to e-cigarettes. This is worrying but does not evidence we are seeing the same level of lung injury as in the US.

Dr Nick Hopkinson, British Lung Foundation Medical Director and Reader in Respiratory Medicine at Imperial College London, said: “It’s possible the patient’s illness could have been due to an allergic response to a component of e-cigarette vapour. However, in this kind of condition it can often be difficult to make an accurate diagnosis or know for certain what the cause is. This kind of lung disease can sometimes occur spontaneously without any obvious trigger. If this was a common problem or a significant risk we would expect many more cases”

Inhaling any foreign material is inherently likely to be harmful, and the recent US experience speaks strongly in favour of regulating electronic cigarette contents and emissions to protect the user.

If a product is not registered, it may not meet the minimum quality and safety standards. The MHRA operates the Yellow Card Scheme, encouraging vapers to report any adverse effects.

You can also report products suspected to be defective or non-compliant to your local Trading Standards or to TPDsafety@mhra.gov.uk. Retailers must not sell nicotine containing products that are not registered with the MHRA. The public and retailers can check the list here.

Following a review of the emerging evidence our stated position in Sheffield on e-cigarettes and advice to smokers remains the same.

Stop smoking completely and immediately, access support via the Yorkshire Smokefree Sheffield Service and utilise a combination of behavioural support and stop smoking medication such as Nicotine Replacement Therapy (NRT) or Champix or switch to e-cigarettes to give you the best chance of achieving success in quitting. More information on the Sheffield policy position statement can be found here.

EFFECTIVENESS OF E-CIGS AS A QUIT AID

Three studies this year have shown e-cigarettes to be around twice as effective as NRT for smoking cessation Around 20,000 smokers are quitting with e-cigs each year in England. A ban on flavours would make vaping much less tolerable; nicotine vapour causes irritation and can be difficult to inhale. The Hajeck trail (2019) demonstrated that flavours were crucial to success in quitting. Banning flavours diminishes adult smokers ability to realise the full benefits of switching and risk relapse back to smoking.

SAFETY OF E-CIGS US AND UK

Leading agencies (PHE, RCP, BMA, NCSCT) in the UK and the US (US National Academy of Sciences, American Cancer Society) agree vaping is far safer than smoking and there continues to be no evidence of harm from passive exposure.

Vaping is NOT risk free but nor are many things in life. Crossing the road is not risk free. A non-smoker who takes up vaping will harm their health but the smoker who switches to vaping will gain massively and reduce their risk of developing smoking related illness. Tobacco free and vape free is the ideal in the long term.

E-CIGS AND MISPERCEPTIONS ABOUT HARM

The Annual ASH Smokefree survey in Britain shows that misperceptions about the safety of e-cigarettes exist and some smokers believe they are as harmful as smoking. The latter is not surprising with so much inaccurate reporting taking place