8 things to know about e-cigarettes 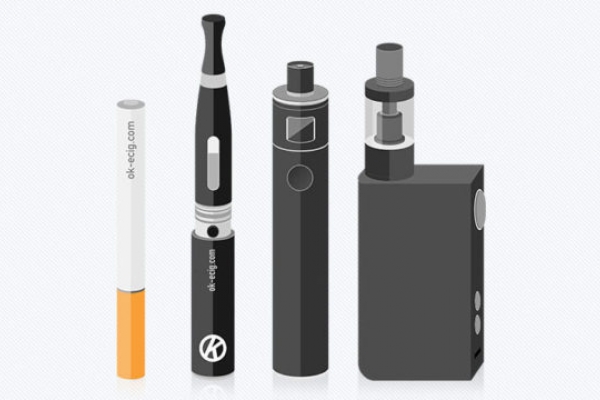 Vaping is not risk free but is far less harmful than smoking. Our advice remains that people who smoke are better to switch completely to vaping but if you have never been a smoker, don’t start to vape.

This blog, published to coincide with PHE’s latest independent evidence report, looks at some of the most common misconceptions around e-cigarettes and provides the facts.

1. E-cigarettes and the US lung injury outbreak

Last August, vapers began to arrive at emergency rooms across the US suffering from serious lung injuries. It was not immediately clear what was behind the outbreak, which led to 68 deaths over the following months. You can read our advice here.

Based partly on the fact that the outbreak affected a very specific population and how the rate of new cases peaked and fell we wrote to the Lancet to explain that a “bad batch” of illicit cannabis vaping products may be to blame. However, in response to the outbreak, regulators around the world started taking nicotine vaping products off the market whilst tobacco cigarettes remained available, discouraging smokers from switching.

US authorities have since identified vitamin E acetate added to cannabis products as a “primary cause” of the outbreak. Vitamin E acetate is banned from UK regulated nicotine-containing e-cigarettes.

A controversial study that reported that vapers had the same risk of heart disease as smokers was recently withdrawn by the journal as it did not take into consideration that almost all the vapers involved were current or former smokers.

A better understanding of the effect of e-cigarettes on the heart is beginning to emerge. A randomised control trial that measured the vascular effects of smokers switching to vaping was published in December with encouraging results. Those who switched to e-cigarettes completely experienced the largest improvement in their vascular health, getting close to the healthy “control”. Larger studies with longer follow up will provide greater confidence. The debate continues here and here.

Only one in three adults in England knows that vaping is far less harmful than smoking. Yet in 2018 the US National Academies of Sciences, Engineering and Medicine (NASEM) found that the available evidence suggests e-cigarettes are “far less harmful” than conventional smoking.

Public Health England’s 2015 independent evidence report, concluded that: “While vaping may not be 100% safe, most of the chemicals causing smoking-related disease are absent and the chemicals which are present pose limited danger.”

More research is needed into the relative harms of e-cigarettes. Last month PHE commissioned the final and most ambitious report in the current series of e-cigarette updates. A team that combines authors of PHE’s previous reports with other international experts are starting work on a wide range of systematic reviews, including one on safety, to permit our most authoritative assessment in 2022.

Four out of 10 smokers and ex-smokers wrongly think nicotine causes most of the smoking-related cancers, when evidence shows nicotine actually carries minimal risk of harm to health. Although nicotine is the reason people become addicted to smoking, it is the thousands of other chemicals contained in cigarette smoke that cause almost all of the harm.

A major UK NIHR funded clinical trial was published in February 2019. Involving nearly 900 participants, it found that in Local Stop Smoking Services, a standard e-cigarette was twice as effective at helping smokers to quit compared with the quitters’ choice of combination nicotine replacement therapy (NRT).

A separate study from UCL found that e-cigarettes helped an additional 50-70,000 smokers in England to quit in a single year.

The evidence is clear that exposure to second hand smoke is harmful, which is why the UK has laws prohibiting smoking in enclosed public places and workplaces. These laws do not cover vaping and organisations are free to make their own policies on vaping on their premises.

E-cigarette liquid is typically composed of nicotine, propylene glycol and/or glycerine, and flavourings. Unlike cigarettes, there is no side-stream vapour emitted by an e-cigarette into the atmosphere, just the exhaled aerosol.

Our 2018 report found there have been no identified health risks of passive vaping to bystanders and our 2022 report will review the evidence again.  People with asthma and other respiratory conditions can be sensitive to a range of environmental irritants, and PHE advises organisations to take this into account and make adjustments to policies where appropriate.

Our latest report found no evidence to support concern that e-cigarettes are increasing youth smoking. UK surveys show that young people are experimenting with e-cigarettes, but regular use is rare and confined almost entirely to those who already smoke. Meanwhile, smoking rates among young people in the UK continue to decline.

Concerns that e-cigarettes might be “renormalising smoking” were addressed in a 2019 study. PHE continues to monitor the trends in vaping and smoking among young people. We have recently commissioned research on the role of flavourings in youth vaping and in adult switching.

The UK has well established regulation for e-cigarettes. Under the Tobacco and Related Products Regulations 2016, nicotine containing e-cigarette products are subject to minimum standards of quality and safety, as well as packaging and labelling requirements to provide consumers with the information they need to make informed choices.

Advertising is tightly restricted and all products must be notified by manufacturers with detailed information to the UK Medicines and Healthcare products Regulatory Agency, which prohibits certain ingredients.